Prereleases have been a staple of the Pokemon organized play experience since Wizard of the Coast’s Jungle expansion. They are responsible for some of the hardest cards to get in gem mint condition, like the Prerelease Clefable that has yet to earn a PSA 10, and also some of the biggest folktales in the hobby. But the treasure troves that are PreReleases don’t stop at cards. They’re also responsible for the rarest official Pokemon deck box in existence.

In late 2006, when The Pokemon Company was gearing up for the release of Dragon Frontiers, organized play representatives prepared the deck boxes you see above. There was only one problem: they were behind schedule due to a hold-up at customs. Organized Play received a package of prototypes for the box and sent them out to a network of Premier Tournament Organizers and other high-ranked Organized Play representatives who were tasked with assessing the quality of the boxes. The prototypes went out but Organized Play realized the deadline was too close to get them made. So they pulled the plug. The Dragon Frontiers prerelease deck box was never officially distributed nor was it ever mass-produced. The few deck boxes that were made stayed with the various PTOs and staff that received them. Over the years, these deck boxes were used, sold, and lost like any other deck box might be. What remains are a select few in the hands of collectors. While the exact number produced is not known, a former Organized Play staff member who possessed eight copies of the deck box in 2010 shared, on condition of anonymity, that “the number produced was certainly less than 100 but more than the 20-50 or however many most people think there are. I doubt anyone remembers exactly but it was a large stack of them and a lot of different people were sent some.” 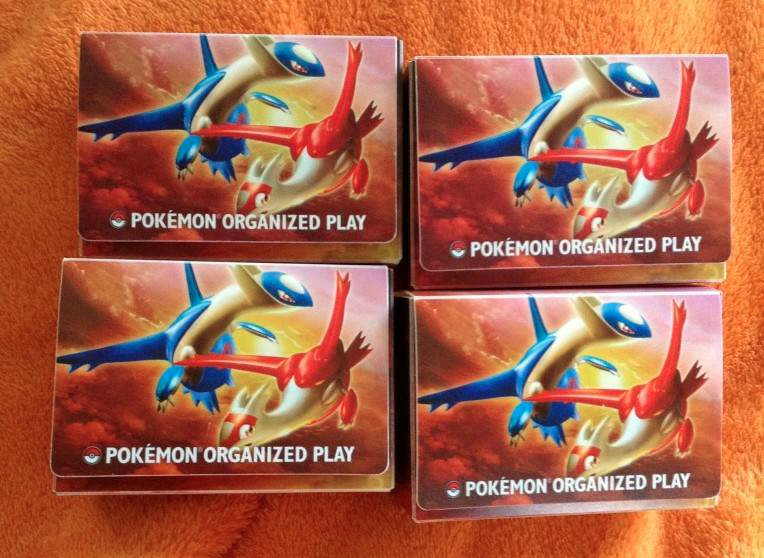 As with anything, the number produced is a good indicator of rarity but market scarcity is what determines the price. Confirmed private sales between $400 and $500 go as far back as 2009, where Premier Tournament Organizer Vince Krekeler shared that he had sold a copy for $425. But that was 8 years ago and all of the most recent sales have been between $600 and $700. Public sales are still rare for this item but it appears in different Facebook groups and forums every few years. While Krekeler recalled having seen “more than 20” in his time back in 2009, eight years later fewer than 10 have appeared on the market since his remark. While the item is niche, it remains one of the cooler short stories in Pokemon Organized Play’s history book. Not many know the deckbox exists at all. But let the record show that this rare item exists and is another awesome item for any avid collector to hunt. We’ll wrap this up with a couple extra action shots for posterity.