With this part of my set review, I’ve taken a less conventional route. Set reviews are typically done in the days leading up to a set via scans or during the first days after release, but I wanted to wait a bit longer and assess Shining Legends during the cool-off phase. And no, that isn’t just an extended excuse to procrastinate this article. There are a lot of angles to Shining Legends that I want to talk about as an enthusiast, which is my fancy way of saying “my opinion about the set with all money/collection goals aside.”

Credit where credit is due: 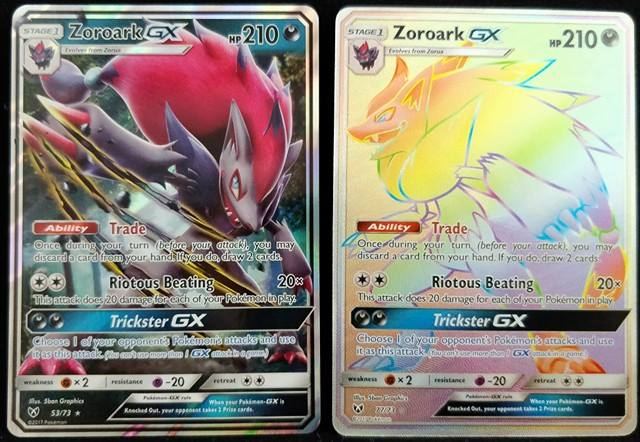 First, let me say that Pokemon hit a homerun with the set. Is it exactly like I would have made it for myself? No. But it is the perfect balance for the audiences I understand them to have. You have the rainbow rares in the style of the new Ultra Rares, which are going to be familiar and exciting to kids who have started collecting during Black and White, XY, or Sun and Moon. Then you have the shinings, which are a beautiful throwback to the Neo era that so many have become fond of in recent years. (Although I’m guessing that if everyone online claiming to remember the Neo era as kids had actually been buying at the time, WotC wouldn’t have gone downhill so shortly thereafter. Perhaps a little memory distortion is at play in this new wave of popularity?)

And let’s really give these new shinings their due credit. These are as true to the original shinings as Evolutions was to base set. If you put a modern shining side by side with a Neo shining, any inexperienced eye is going to struggle to tell them apart. Anyone who says they want the spirit of WotC cards printed today but doesn’t buy some of these shinings is full of it. You could not get a truer representation of the original Neo chase. I remarked in my collector review that I prefer the Japanese silver border for some of the cards, but the Shining Rayquaza in particular is fantastic with the yellow border. The effect applied to the art is the same and the styling of an action pose against an abstract background is retained in the modern scheme. 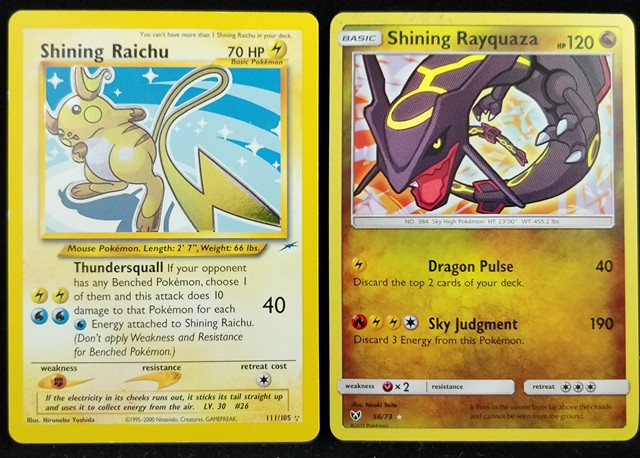 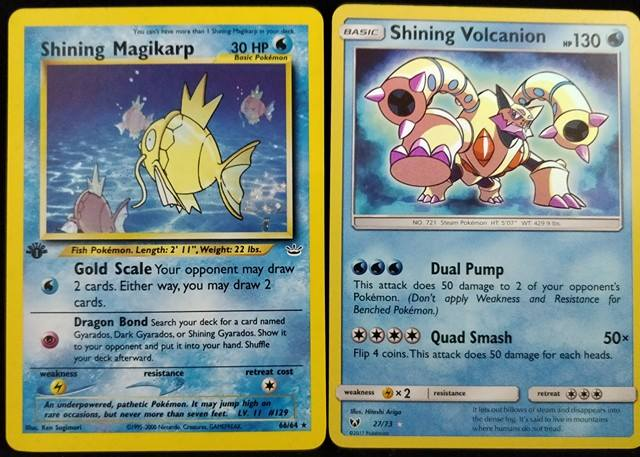 Where Pokemon let me down:

Aside from quality control on this set being subpar again, I wanted to have a word about release dates and their relevance to the longevity of the hobby. Wayyyy back when the first Black and White sets were hitting store shelves, the organized play community was upset. Wal-Mart, or more specifically the company Wal-Mart outsources their trading card sections to, stocked several consecutive sets a week ahead of release. There was outrage from small stores. Many cancelled their orders and explained to distributors why. The distributors were furious and reported back to Pokemon. In some places, Wal-Marts had clearly been contacted by a higher source as they removed the product from the shelves before returning them a few days later on release. Why the fuss? Surely a few overpriced packs don’t make THAT much difference?

But they do. In fact, hobby stores and local game stores have long cooperated with board game and trading card game companies in a symbiotic relationship that keeps the industry in balance. To understand this relationship, we have to get a few fundamental facts sorted. First, trading card games in particular depend on local game spaces as a foundation for the games to proliferate and communities to form. Pokemon cannot afford to provide spaces for their game to be played regularly--at least not outside of large events, and large events almost always funnel out of the players on the local scene. In Pokemon, we call them leagues, but other games have their own equivalents. Pokemon does not pay local game stores for the space they provide. Instead, market precedence has always been that local game stores have additional product packaging options (booster boxes) and get the product early. Big box retailers do not get prereleases and do not get to release their product early. Online stores are strictly monitored for early release as well. If big box retailers or online outlets do put product out early, the price difference is rarely enough to dissuade people from buying. There is a huge “first to market” effect in the trading card game scene. People want the cards as soon as possible, and small stores cannot afford to be second to market. Continual abuse of early release elsewhere ultimately will lead to the death of the brick-and-mortar institution and with it, leagues and local game play. Ultimately, this practice has the power to bring down the entire Pokemon TCG empire if it is not treated delicately. Pokemon should be keen on this balance. They have Yu-Gi-Oh, Magic the Gathering, and any number of other games to look to for guidance. They have on record the mass outcry against the big box retailers early releases just a few short years ago. They have (I hope) market analysts and intelligent people whose occupational purview includes these things. And yet Pokemon has personally violated this understanding with Shining Legends.

The Pokemon Center Online releasing Shining Legends two weeks early--ahead of other retail outlets--is a disgusting violation of the understanding that hobby shops and local game stores have held over the last 18+ years.

We should not be excited about Pokemon directly offering product early through Amazon and their personal website. We should be pissed. As an enthusiast of the game, one of my biggest concerns is the longevity of the community built around it. I understand that communities are essential to the proliferation of the game and that shelf presence alone is not sufficient to generate the social proof required for a game to survive the cut-throat games market. When Pokemon betrays the foundational establishments of my community, I feel personally threatened. And you should, too. This event is alarming, and it is worth placing negative attention on it.If we continue to see this type of behavior, I strongly urge individual collectors to intentionally avoid purchasing through these outlets. There is much more at stake than a small wait. Always purchase from a small source that shows they are willing to invest back into the communities you are a part of. There are countless purchasing options, and we as a community have the power to choose the types of businesses that survive. Put your money into the businesses that have a vested interest in your happiness; avoid those who only want to drain the blood out of the community in the short term. It is unfortunate that this time Pokemon has decided to participate as the latter.

A word on voicing support for Pokemon’s direction:

It has been almost two years since I put any serious money into a set. This time, I wanted to make it clear that Pokemon was doing something right. I love their inclusion of key nostalgic elements. It is one of the many things the community has been begging for. But I can’t ask for something and not reward the provider when it is given to me. I chose to purchase a case of ETBs and a Super Premium Ho-Oh Collection through a small retailer that invests back into their local community. I am fortunate to have had the chance to purchase so much of the product, but I encourage anyone satisfied with Shining Legends to do the same, scaled to their means. Even a single booster pack is a worthwhile participation. If we are intentional about what we do and do not buy, we will get our voices to Pokemon through the only means they hear ($). 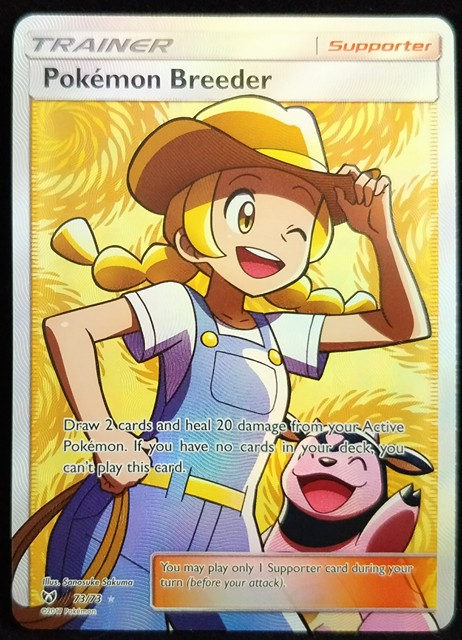 I love Shining Legends. I really do. I think they’ve found a great set size that is approachable but still challenging. I love these fifth sets that have a little more scarcity. Early depictions of the collection boxes seem to show that the Shining Legends product will be internally limited and not spread into future tins like quarterly sets. This is the limited run we’ve all been asking for. The artwork is a joy to look through, and the opening experience is fun, even if I did open 7 Entei GX in 10 ETBs. Cards like the Secret Rare “Lab”/”Incubator” Mewtwo and Shining Mew will keep this set relevant to the collective conscience of collectors long into the future. Full art trainers continue to stun us with lively artwork featuring favorite characters. It is unfortunate that Pokemon has chosen such a foolish release path, but I am leaving this set with an overall positive experience.

(Note: This article is part three in a three-part series of articles. Read Part 1 and Part 2 for the full effect.)