It’s no secret that Pokemon The Movie: I Choose You! came out in theaters all over the world this year. In Japan, it is sitting at the fifth highest grossing film of the year. In the United States, Fathom Events is running the showings through various cinema partnerships. If you aren’t familiar with Fathom Events, it is a company that brings movies and special showings to US theaters that would not otherwise be big enough to make it to the big screen. In the case of our beloved Pokemon movie this year, Fathom Events has negotiated 2-4 showings in a mix of theaters in larger cities. Even in cities where more than two showings occur, only the first two events are awarding promotional Ash’s Pikachu cards. 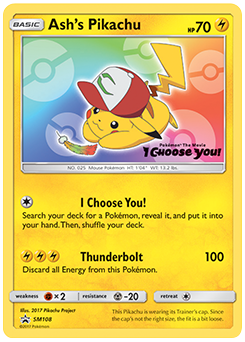 For obtaining the promos firsthand, these conditions of release are an absolute bear. Most people will fall in the same boat as me and have to turn to the secondary market to obtain the promos at all. But we have our own heroes on the secondary market: apathetic cinema employees. It seems that many showings sent an excess of promos. Enthusiasts have been quick to double dip, triple dip, or dump the remaining promos into their bags on the way out. If you’re lucky enough to be one of those people, this article is for you! And if you’re crazy like me and bought a huge stack of them off of eBay, this article is probably also for you. Everyone else can keep reading to get ideas. BOOM: Promo Stack 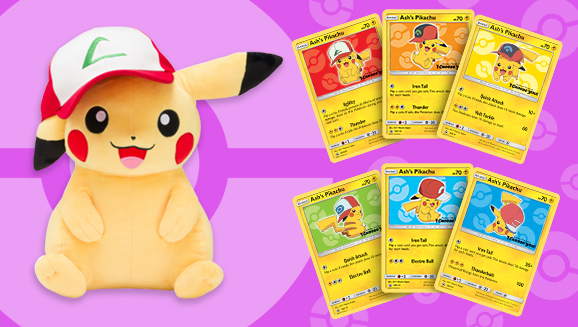 So these promos are not quite like other releases we’ve seen in recent years. These are limited release (2 showings per location), fixed in quantity, only available for two days, and not distributed to collectors/players directly. Note that the encore screenings recently announced by Fathom and Pokemon will NOT be giving out promos. In addition to all of these things going for it, the promo technically fits into a series of promos that are going to be widely released through promo packs unlocked with purchases of Pokemon products at major retailers worldwide. This is a recipe for commercial success. The promos are not as plentiful as others, can only be obtained at certain places and certain times, feature a popular Pokemon, and are distributed in large part to people who are disconnected from the resale market. These aren’t going to make you a million dollars but they should be monitored closely for having a lot of potential as a savvy purchase in the short run. What to do when you buy in: 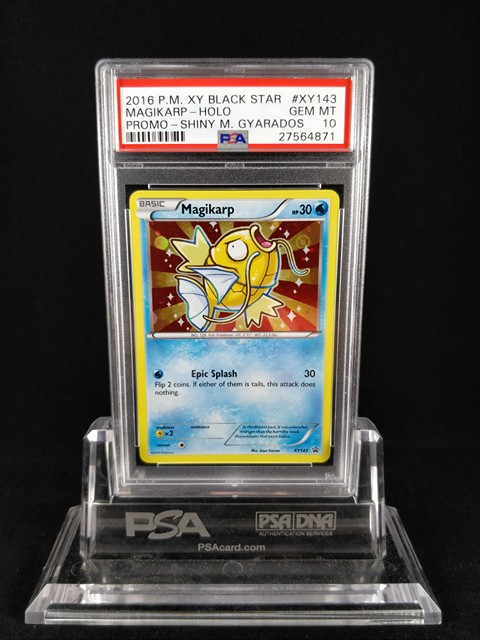 The question, then, is what to do if you do come upon a significant number of them. My opinion: Don’t put all of your eggs in one basket. When it comes to keeping them, the classic debate of “sealed or graded” arises. There can be a lot of hate for graded promos that are not particularly rare, but precedence suggests there is still a strong market for such things. Take for example the Target Shining Magikarp released in huge quantities on March 19th, 2016. These still consistently earn $16-20 in a PSA 9 and $30-40 in a PSA 10. As the original release has gradually left the market, the sealed promos doubled in price from a $2 buy to a $4-5 buy. If you were buying in bulk when they first came out, you could expect to pay $1 or less for them if you bought them in large quantities. While there is going to be a little elbow grease behind making these promos work for you, they were very much worth buying into. The key was a limited release at specific locations. And those were more common than the Ash’s Pikachu we are looking at now. Sell now or later? I’m a firm believer that these are a sell later product. The prices are too low for what they are and the disproportionate number of commemorative hat pikas being released as of yesterday are going to drive demand for this seventh card. I’ve purchased a couple dozen and will be grading a handful to test the markets for them myself. These are the best promo release we’ve had this year and I do not expect it to be topped.