If you’re privy to the competitive TCG at all, you’ve seen people talking about one card: Computer Search. The Ace Spec card out of Boundaries Crossed was the most widely-used Ace Spec during its standard relevance. With the introduction of the Expanded format, it saw a slight creep back into relevance. At the end of August, people noticed something: there weren’t any to buy.

Throughout the last week of August, every copy under $90 USD disappeared from major vendors and eBay. The reaction was tepid until it took to large social media groups and the jerk reaction began. Social Media marketplaces were flooded with expensive singles baiting worried players hoping for a bite at above-retail prices. The flock of opportunists saw some results out of the nervous player base. What caused this massive disappearance from the market? Is it likely to continue? What does this mean for prices? It’s time to do a computer search of our own. 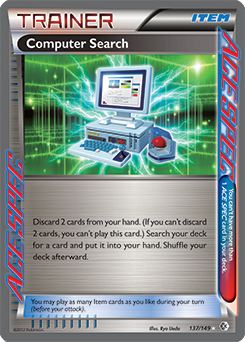 First, let’s set the context. Last year, expanded was aggressively rolled into the competitive scene with consistent Day 2’s at tournaments being in the Expanded format. For those unfamiliar, the Expanded format differs from the familiar Standard format by including additional sets that go further back in time. This means more total sets from a longer period of time are playable in Expanded. With the release of the 2018 Regionals schedule, North America stood out for its heavy use of the Expanded format. 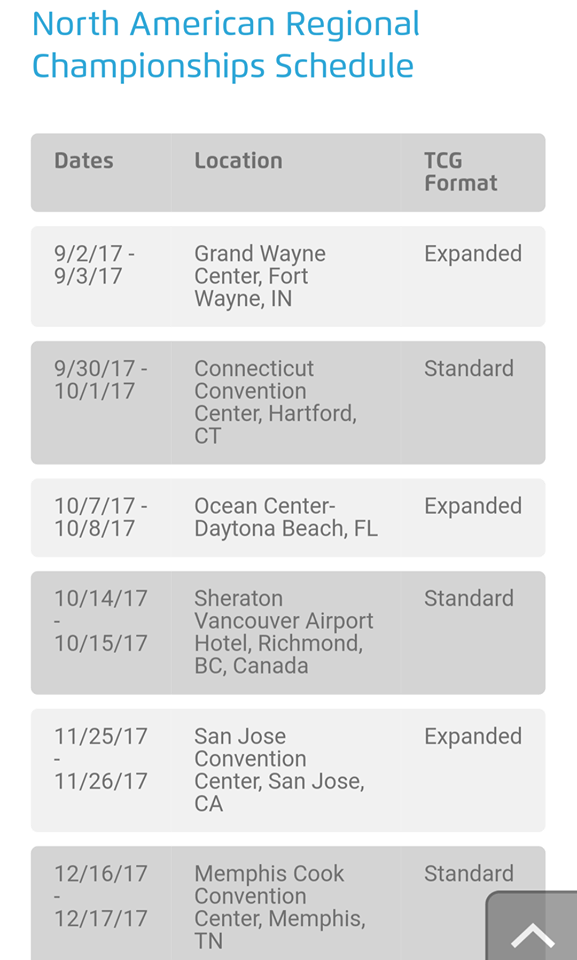 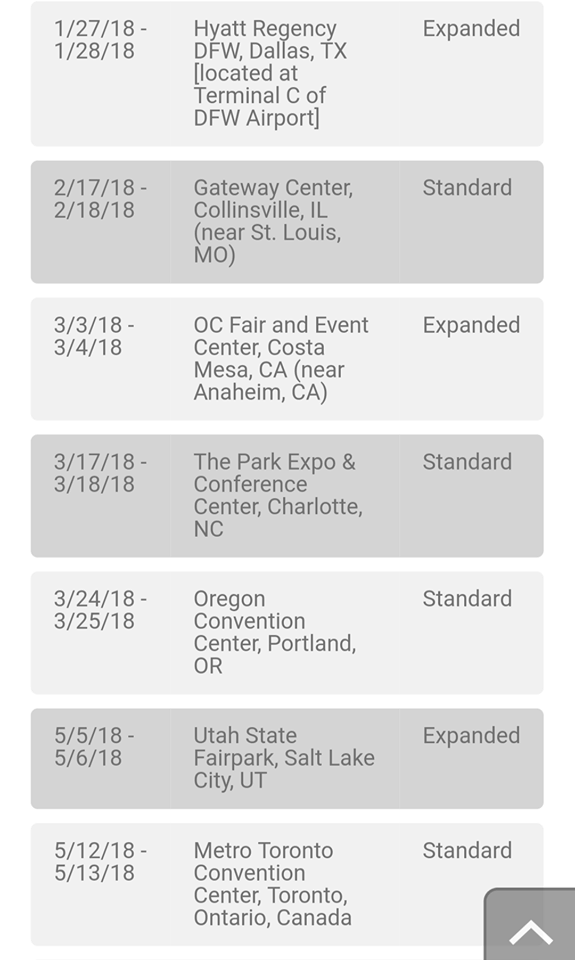 Seven of the fifteen scheduled Regional tournaments in North America (7/13 in the USA) require players to be prepared for Expanded-only play. This schedule makes it much harder for the average player to avoid Expanded and still compete seriously and consistently at higher-level events. This naturally brought more interest into the market for Expanded-necessary singles.

Was there a buyout?

The big, dirty rumor floating around was that a buyout had occurred. This is when a single individual or small, coordinated group of individuals purchases all of a type of card from the market in order to artificially inflate the price in the short run. The short answer is: no. There was not a buyout. There is no evidence that a buyout occurred, and the relative scarcity of the cards on the secondary market at the time of their disappearance didn’t lend well to such a maneuver. Rather, it is more likely that the increase in the card’s listing price from $25-30 prior to the increase in attention to Expanded singles to $45-55 now occurred naturally.

Additionally, if there was a buy-out occurring, it would not likely happen in one stage. We are now sitting approximately one week out from the date, and the market has responded to the depleted reservoirs. There are 20 copies on TCGPlayer, 44 copies on eBay, 7 in stock on Troll and Toad, and new copies consistently listed on major Facebook groups like Virbank City U.S. PokeMart. If these are aggressively purchased up, there will be more evidence that a buyout may be occurring. At this point in time, it does not appear to be the case. Instead, we are just witnessing an increase in price as a result of an increase in demand. Straightforward, less ominous stuff.

Most importantly: Computer Search prices are not without context.

The first Expanded regional of the season held in Fort Wayne, Indiana has recently wrapped up. It was the most-attended Regional tournament in Pokemon history. Obviously, the push for expanded play has not hurt interest in participation. Talking with people on the ground in Fort Wayne, one thing was obvious: players are hungry for Expanded staples. Shaun Kauffman, owner/operator at Squeak’s Game World, noted that several staples dramatically increased in price. "People were paying $2-3 each for blend energy that used to be bulk," Shaun remarked. "That’s pretty wild if you ask me!" His observations were shared by many other vendors who saw Full Art BW-era cards, staples like Dark Patch, and every single Ace Spec card earn record high prices at the event. Online, buy prices began to reflect the increase in interest. All Ace Specs are sitting at a 200% increase in value minimum and Dark Patches are on buy lists at prices as high as $15 per card. While attention has been singled in on Computer Search, it is not the highest increase in value for a single card that we’ve seen in recent weeks. 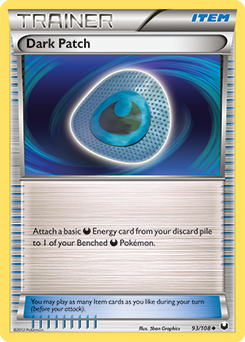 Looking to Magic the Gathering Markets

Pokemon has long had an issue with the “middle generations.” While old cards thrive on nostalgic interest and a broad swatch of collectors and new sets get their value from standard play, anything in between struggles to find a place in the secondary market. Rotating EXs have, the last two years, earned less than $2 per card in bulk. The primes before them earned the same values. Go back year after year, and you’ll see the same trend: cards on the out tank in value. But does this happen in other similar markets? When we look at Magic the Gathering, we see much more stable values, even accounting for the dips rotations can bring. How does Magic do it, despite a less-prominent market share belonging to collectors? Anyone well-versed in the hobby will immediately point to the multiple widely-played formats. A staple in standard goes on to be playable in modern. As such, when rotation comes, many cards retain a higher value than they otherwise would. While Magic has had this system in place for a long time, Pokemon has always lacked an equivalent.

Expanded looks as though it might be a partial cure to the middle-set slumps in Pokemon card values. Drawing out the relevance of a card stands to reward people for holding onto their cards longer. Most importantly, Expanded incentivizes people to continue purchasing singles after a set has left its two-year production window. Different staples moving through Standard into Expanded will command values different from any post-standard cards we have ever seen.

So what do we make of the Computer Search debacle?

Computer Search is a fantastic example of the market trying to find itself. It is one of many cards that have seen a swift back-and-forth motion between total market depletion and waves of singles re-entering the market. With the continued interest in Expanded, we can reasonably expect more of these back and forth swings. What is not likely, in my opinion, is a significant decrease in price. The market is not wrong to be charging the new, higher prices, and the supply correction seems tepid given the apparent demand. Unless the supply is dramatically altered in some way, the lack of sealed product from which to pull these cards will force singles prices higher for in-demand staples.

My advice: Be observant, not surprised. New interest is what drove so many card values through the roof in 2016 after Pokemon’s 20th-anniversary push. More importantly, not all card values went up. The worst assumption you can make is that every card is going to go up just because a select few have experienced an increase in interest. If you’re all in on Life Dew Ace Specs right now, you’re an idiot.

I also urge people to avoid availability assumptions. The re-release of Roaring Skies, Primal Clash, and Ancient Origins was bizarre but a far cry from a promise of continued releases of old sets. If you’re banking on a Boundaries Crossed reprint, you’re assuming far too much. If Pokemon is happy to disregard Tropical Beach secondary prices, they’re more than fine leaving you paying a few hundred dollars for key deck staples in Expanded. The entitlement that tin reprints from 2011-2014 embedded in the modern player is astounding. You are not guaranteed a cheap, Tier 1 deck. That has never been the case and it will likely never be the case in the future. As was discussed in Season 1 Episode 7 of the Ludkins Collectables Podcast, this is a hobby that no one is entitled to because they feel something is “too expensive.”

As for Computer Search specifically, there’s a good chance that the best Ace Spec in the game is going to see a continued creep upward in price barring an unexpected and unlikely reprint. If it makes sense for a card to go up, playable staples are the most likely candidates to flesh out that logic in the marketplace.